When the leaders of the great powers met in Paris in 1919 to sign a peace treaty, proceedings were dominated by the Big Three: Lloyd George (Britain), Clemenceau (France), and Wilson (USA). Italy’s representative, Orlando, could not speak English and was sidelined, while Russia was not even invited to the Paris Peace Conference. 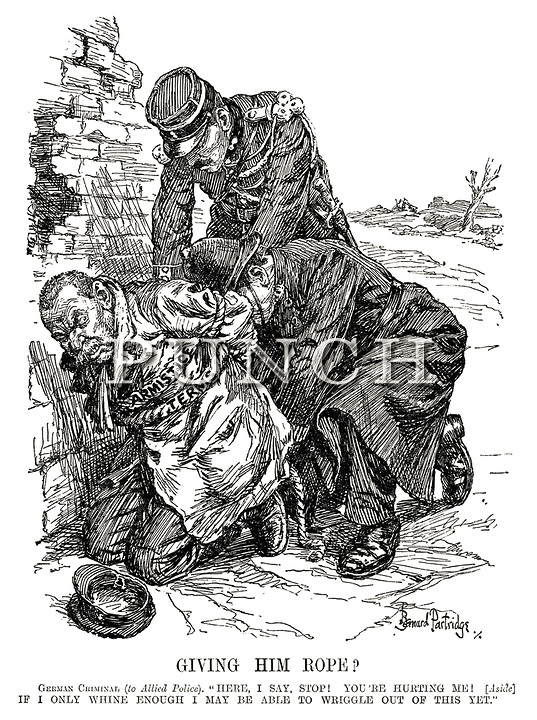 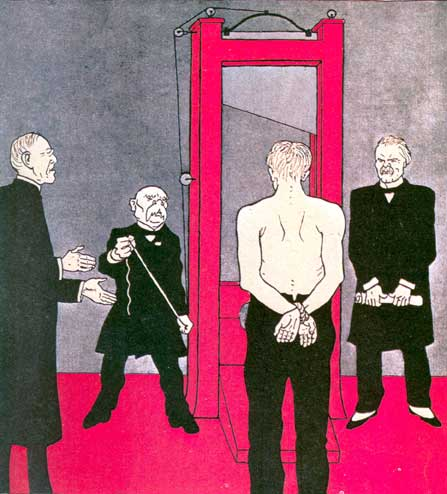 German cartoon, 1919. The man in the middle represents Germany, surrounded by the Big Three. 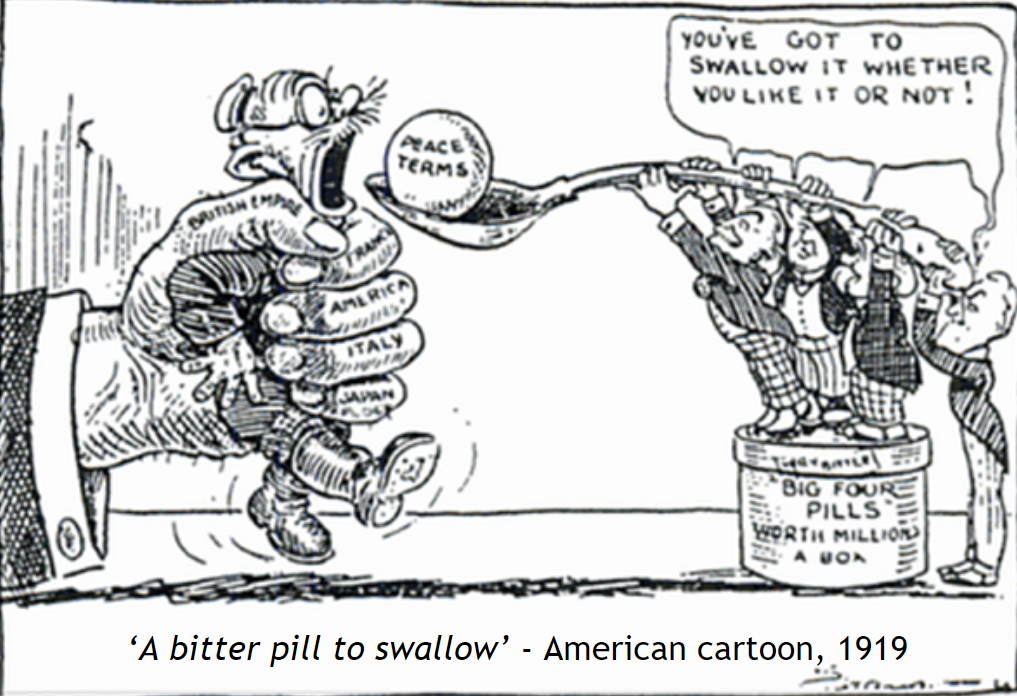 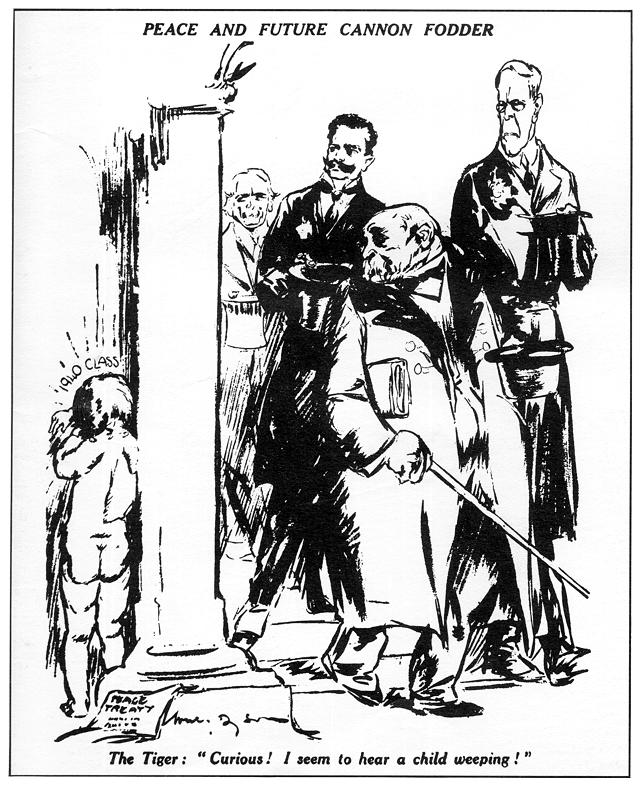